View source
watch 01:40
The Sandman Will Keep You Awake - The Loop
Do you like this video?
Play Sound

Driva was the merry gnome caricature that often had a childish look that belied her scarred brow and veteran physique. She died young, fighting the scourge in Icecrown.

Driva grew up as an only child with her father in Coldridge. Her mother was expecting Driva when she and Driva's father fled during the Gnomeregan invasion, and because of the stress the mother gave birth to early. Driva survived but her mother did not, and the little one got raised by her father and an uncle. The lack of female role models in her life most probably has had impact on Driva's personality. In Driva's early teens her uncle died unexpectedly without obvious cause, and this is something Driva blames herself for.

Growing tired of the quiet life in Coldridge Driva became thirsty for fame and glory and decided to take up the path of the warrior. She said she wanted to seek vengeance on the dirty troggs who destroyed the life of her parents, but becoming famous was foremost in her mind at that time.

In her quest for becoming a legend she met Zyr Leden, an intriguing human girl who shared Driva's passion for exploration and adventure. They quickly became friends, and as time together went by Driva came to realize she'd fallen deeply in love with the charming and quite secretive Zyr.

Life came crashing down upon Driva the day Zyr announced she shared Driva's feelings. The words "I love you" sent Driva spiraling down into an abyss of despair, waking memories to life she'd suppressed to the point of complete forgetfulness. She left Zyr without explanation and went into hiding.

Driva then roamed Northrend, in love with the country. She seemingly recovered from the severe depression, coming out on the other side with a new girlish pink haircut and a sparkling joy and love for life.

At night she cuddled up against her worg pup Jimmy and cried in his fur until she fell asleep, for no reason she herself could discern.

Driva returned to the Eastern Kingdoms, only to find Zyr a cold shell with blue, glowing eyes - her life taken and forged anew by Arthas. With her dreams for their future together laid waste, Driva hardened her heart resolving to forevermore share her warmth with dead Zyr. Maybe a part of that warmth and most of the laughter died too, but if so Driva swore no one would ever know. At least now she knew why she cried herself to sleep.

Not being so hard as she thought, it took no more than a couple of days before Driva fled Zyr again.

All things come to an end

Driva had been missing for quite some time when word reached Zyr from Icecrown about how a senseless gnome was seen single handedly taking on the scourge forces outside Mord'Rethar. Charging straight into countless enemies she was unheroically torn to pieces, taking only one solitary ghoul with her. There were no remains to recover, but nearby a young domesticated worg was found howling continiously. An argent champion tried to retrieve it but never could coax it into coming to her, nor get close enough to grab it. It is reported that the worg still roam the hills, keeping clear of scourge and alliance alike. 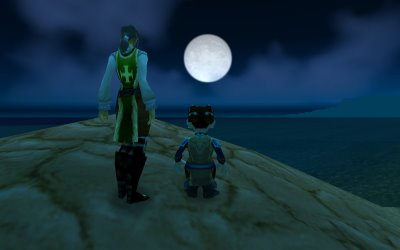 As Seen by Others

This section grants others the opportunity to add their thoughts about this character. Feel free to discuss their relationship here.

Friends on World of Warcraft Roleplay

Community content is available under CC-BY-SA unless otherwise noted.
Advertisement