Welcome to World of Warcraft Roleplay
WoWRP is a collaborative writing project to build a comprehensive resource for role-play in Blizzard's popular World of Warcraft massive multiplayer online role-playing game. With your edits, we're able to create a free resource that benefits the role-playing community. WoWRP on Wikia was opened January 25th, 2009 and currently contains 942 articles written, edited, and maintained by our community. Please join us by contributing an article today or by expanding one of the existing articles. And remember, registration is free!

To write a story or to create a new character biography, just enter the name in the box below.

Not sure where to start?

Ajaxicullies Valor is the son of Arthor Valor. He was once the proud Grand Master of the Order of the Sword, but having recently vanished, his rank was taken by the Death Knight Farlight. Few know of Ajaxicullies' current whereabouts, with many starting to assume he is dead.

Ajax was born in Andorhal 25 years ago. He was raised by Arthor Valor, a Knight, and his mother, a mage called Andrea Firehand. He knew he had an older sister and a brother, but he never knew their names, being too young when day the plague arose in Andorhal. His father fought the invading Scourge with his band of Knights, the Cult of the Sword. They fought long and hard and nearly succeeded until Arthor was re-assigned with his Knights. His mother was killed. Ajax was a natural wanderer, a self-proclaimed adventurer, who travelled far, and ended up in a small Scarlet camp, taken in by the Scarlets. In their Monastery he was trained and became a keen fighter. He was taught all he knew by Herod. He left to fight the Scourge in the name of the Crusade, but was then kicked out for an argument he had because he didn't accept Mograine as his new Commander. 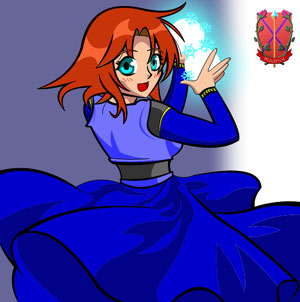 Retrieved from "https://wowrp.fandom.com/wiki/World_of_Warcraft_Roleplay_3.0?oldid=11352"
Community content is available under CC-BY-SA unless otherwise noted.